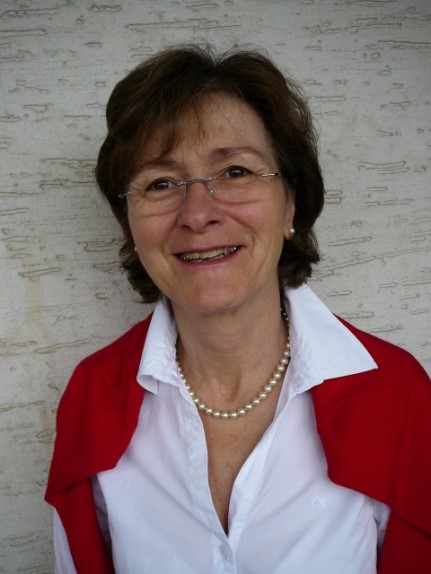 Karin Andritschke is a pediatric nurse. She got her education at the Johann-Wolfgang-Goethe-University Hospital in Frankfurt, Germany, and finalised her state exam in 1973. She started her carrier in the ward for premature babies, and worked since 1975 in the paediatric outpatient department of the University hospital and since 1989 as nurse in the Comprehensive Care Centre for haemostaseologic and immunologic disorders including HAE (PD Dr. W. Kreuz). Since October 2012 she works at the Haemophilia Centre Rhine Main (HZRM) in Mörfelden-Walldorf (close to Frankfurt).

Karin Andritschke was and is involved in different national and international clinical studies on haemostaseologic and immunologic disorders. Since 13 years she is active member of the German Haemostaseology Assistents Working Group and is speaker of this group since 2004. For several years she also was member of the EAHAD (European Association of Haemophilia and Allied Disorders) Haemophilia Nurses Steering Committee. Based on her experience that the care for patients suffering from haemophilia and from HAE is quite similar, she founded together with four other nurses the HAE International Nurses Organisation (HAE INO).

This site is aimed to join professional nurses from around the world, whose interest is the medical care of people with Angioedema